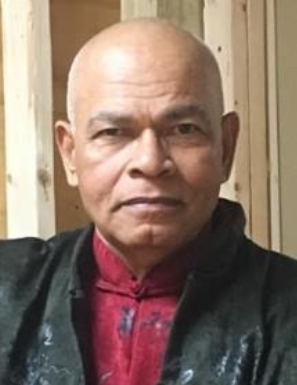 Julian Cordero was born May 23, 1951, in the port community of Sanchez, Dominican Republic.
The beautiful mountains rolling down into the Samana bay that makes up the city of Sanchez offered an idyllic backdrop for the would-be grandmaster’s youth. Fruit trees and fresh seafood from the local fishermen made sure he was never hungry, and the mountains and the ocean offered plenty of places to find adventure.
Sanchez was a close-knit community and family was very important to Julian. He was heavily influenced by the women in his family, his mother, aunts, and maternal grandmother, all who were teachers. Julian’s grandmother sparked his lifelong passion for the written word when she would read to him aloud. Don Quixote, in particular, resonated deeply with him, believing as a child that the novel was a true biographical work.
At the age of 10, his grandmother pulled him aside and told him “You’re already a young man - don’t wear shorts, stop playing in the neighborhood with marbles, tops and other toys, and help your mother with the house chores.” Julian listened to his grandmother, who he deeply respected, and entered a new stage of life. In addition to his family, the town’s school principal who lived across the street from him greatly helped to develop his character with her strict demeanor and high standards.
Julian Cordero’s days were spent learning. In the afternoon he would go to polish his English language skills to follow in his maternal grandfather’s footsteps, who was a native English speaker. In the evening he would go to school with his godmother. His father was the town’s district attorney. Julian would listen as people came to seek advice and resolve problems before litigation. Many people took his father's wise advice and would avoid going to court.
In the summer when school was out, Julian would spend his days at his paternal grandmother’s large cattle farm. The farm was located across the bay from Sanchez in the Yuna flat-lands. He worked very hard during this time and learned to be a farmer, country boy, and cowboy.  It was on his grandfather’s farm that he honed his famous whip skills that would impress many people, even the famous grandmaster Moy Yat!
Julian’s uncle Hilton Danilo Meskus was a professional journalist, translator, and press secretary for the Organization of American States (OAS) in Washington D.C.. Hilton Meskus had a close friendship with the American Ambassador in Santo Domingo and through his connections, Julian’s mother, six siblings, and himself were granted residency visas in the United States. His mother felt that bringing up so many children in his uncle’s house would be too imposing and opted instead to bring up her children in Yonkers, New York, with his father’s relatives.
Julian was 14 when he came to the United States. He attended Long Fellow junior high school and graduated from Yonkers high school. After graduation, he went searching for his soul and true nature.  Initially filled by his passion for the written word, he began classes in Manhattan with the idea of becoming a writer. Even then the grandmaster knew he always wanted to be a martial artist.  Not to fight people for money but to defend himself from being beaten up, to feel confident and relaxed, and to help other people in case they ever needed help.
One day, one of Julian’s substitute high school teachers, Jonathan Horelick, invited him to a Kung Fu class after he fixed the brakes on Horelick’s car, a Chrysler Rambler. Julian had this to say about that day:

“Meeting Sifu Moy Yat has been one of the most transcendental and emotional moments of my life. When I rang the bell at the school "Ding Leg” in Brooklyn, New York, late in the last months of 1973 or 1974, I don’t remember exactly... What I do remember is that Sifu Moy Yat was much taller than I expected, standing at 6 feet, 1 inch.  I’m 5 feet, 9 inches. He told me to sit down and started asking me some questions. One of those questions being that if I wanted to be a fighter. I don’t recall what my response was, but I now realize that he knew my answer. Sifu Moy Yat had the happiest, questioning and penetrating pair of black eyes I had ever seen in my whole life, real see-through set of Kung Fu eyes. I’m a very fortunate guy!”

Surprisingly, grandmaster Moy Yat ordered one of his most senior disciples, Moy Four, to teach Julian the first form of the Wing Chun system: Sil Lim Tao. That very night Julian Cordero began his Kung Fu life and has felt blessed ever since. Three months into his training, he was accepted to be a special student (disciple) of Moy Yat and became an official member of the Moy Yat Kung Fu family.
Around the same time, Julian moved from Yonkers, New York, to an apartment closer to the Wing Chun school in order to be closer to his Sifu and Kung Fu brothers. This move was a turning point in his life. Living "Kung Fu life" gave him a sense of purpose that made him happier, healthier, and stronger. His Sifu Moy Yat loved to visit Chinatown of Manhattan. Fortunately, Julian’s new apartment was right between the Wing Chun school and Chinatown, therefore grandmaster Moy Yat would regularly call him and ask, “Hey son, what are you doing?” to which he would always reply with “Nothing, Sifu.”  A few minutes later, grandmaster Moy Yat would beep his horn in front of his apartment and he would run downstairs and out the door into the driver’s seat for the honor of driving his Sifu to Chinatown.
During the first five years of his Kung Fu life, Julian spent most of his time with his Sifu. In addition to time at the school and Chinatown, they toured all over the United States, Europe, Mexico, Hong Kong, and China. During this time Julian became his Sifu’s official translator. The duties and responsibilities he took helped him immensely to understand more specifically the nature, etiquette, principles, and philosophy of the Wing Chun Kung Fu.
In the mid-1970s, Julian began dating a girl in White Plains, New York. He would take the two-hour trip to visit her bi-weekly.  One day, he dared to ask his Sifu if it would be okay for him to start teaching Wing Chun to some youngsters in that area. When he saw the serious look on his Sifu’s face he feared that he had made a big mistake. His throat suddenly felt very dry and he wished the floor would swallow him for asking what he felt was such a silly question. But after a few tense moments in his head, his Sifu put his hand on the future grandmaster’s shoulder and asked, “So you want to be a Sifu?” When he, still very embarrassed and scared, did not respond, his Sifu said, “Don’t you worry, I will help you find a place.”
In 1976, with his Sifu’s approval, support, and blessing, Julian Cordero opened his first Wing Chun Kung Fu school in White Plains, New York. His school was one of, if not the first Wing Chun schools to be opened in the United States, by a non-Chinese Sifu.

“Sometimes it is not easy to buy a house and send your children to school by just teaching Kung Fu. Thanks to my Sifu, Wing Chun, and my students, a substantial part of my present income comes from teaching Wing Chun Kung Fu. What a blessing! If you work doing what you love the most, is that working?”

Being part of Moy Yat Kung Fu family, Julian Cordero received the Chinese name "Moy Yee Hop" which means Kung Fu hero. This name was bestowed upon him by his Sifu who explained its significance as such “A Kung Fu person who will use his art, knowledge, and abilities to help society, his country, and the world.”
In 2016, the Moy Yat special student council meeting in Brasilia, Brazil, honored Sifu Moy Yee Hop with an official certificate recognizing him as a Kung Fu grandmaster of the Wing Chun system. This recognition came after teaching hundreds upon hundreds of students in a 45-year Kung Fu life of spreading the art throughout the world. 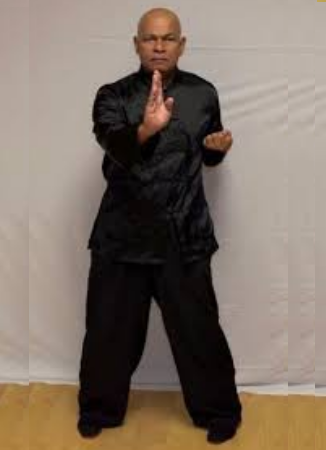 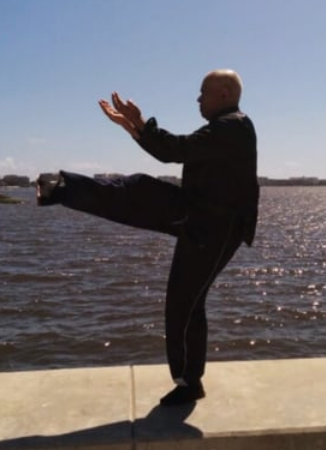